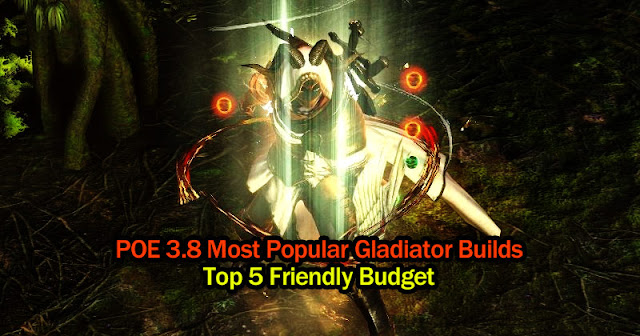 
INTRO:
This build capability a reasonably tanky and well-rounded character capable of tackling all the content material this game has to give. It utilizes a one of a kind mixture of Tornado Shot for map clear and two Siege Ballistas for single target damage, with bleed getting the major damaging mechanic. For the longest time bleed was inside a rough spot, a mechanic that could not be utilized as a standalone... but is it still the case? More than time, new and much more strong toys have been added to the game. Stronger ascendancies, influenced things, fossils, new crafting program. After anything, bleed finally became a force to be reckoned with. 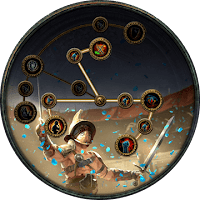 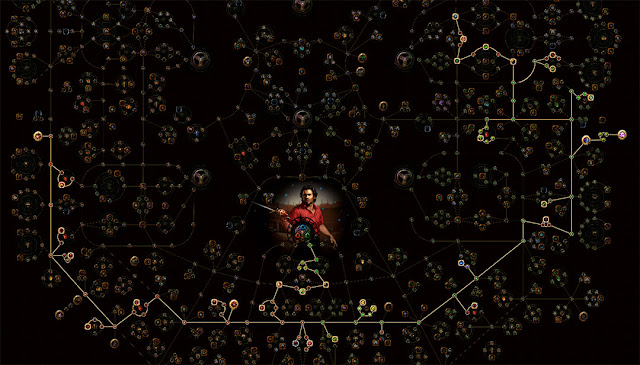 INTRO:
Sunderman build is usually a mixture of easiness to play and having the ability to do many of the endgame stuff at a high-efficiency because it really is super quickly clearspeed. It's an all-round construct developed to perform your everyday stuff like mapping, delving, incursions, uber labs, betrayal, red elder and so forth. effectively. It's also super easy to manage, a total noob friendly build. Even when you haven't played Path of Exile prior to, and even any action RPG game just before, you'll have no troubles managing this create.

Make is primarily according to clearing huge packs of mobs both as quick and quick as you can, utilizing Leap and Sunder. Attack speed on everywhere achievable will make us travel fast with all the leap, then blast the entire screen with Sunder's huge aoe and Gladiator's bleed explosion combined. Our bleed explosions come from Gladiator's Gratuitous Violence ascendancy skill. Then Soul taker on offhand makes attack capabilities don't commit any mana which permits us to totally forget about what mana is as well as makes it possible for us to fill up our mana reserve with buffs. Also, we make use of the Vaal Ancestral Warchief for bosses/single targets. 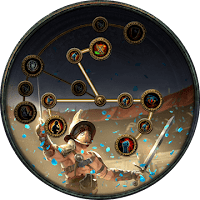 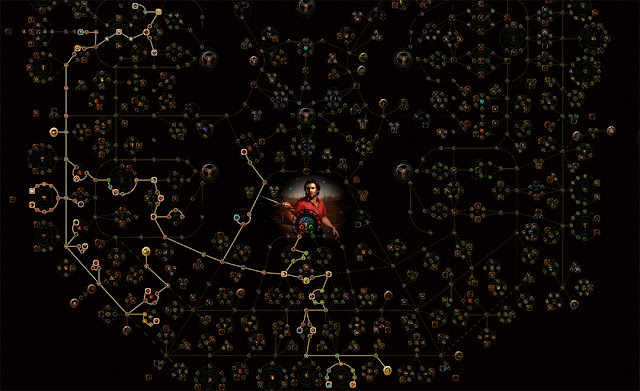 INTRO:
In Path of Exile Blight league. Do you hate moving out of stuff? Do you hate having to use Flasks? Do you like bleed damage? Then keep reading! I've designed this build to have enough tank to do all the content in the game if you're a bad player with an old PC like me. This build is the most popular Lacerate Gladiator Build. Bleedsplosions are a fun mechanic and the gear for the build is relatively cheap, but you can scale it as far as you want.

3.8 Information
- Several bleed nodes were rebalanced
- Multistrike nerfed (doesn't impact Bleed DPS)
- DPS is the same as before even after the rebalance
Damage over Time Multiplier for Bleeds works even if you don't crit
- Jewels can now roll Physical Damage over Time Multiplier, it's very nice for us
- Blasphemers Grasp changed
You can still use these and get as many Elder item bases as you can, it is annoying though ;)

PROS & CONS:
+ Beginner-friendly can be played in all leagues and very easy to gear.
+ Flasks are only situational, you don't need to get RSI to play this build.
+ Can be played with only 2 buttons, Leap Slam + Lacerate.
+ Don't need to constantly dodge everything; between Max Block, 5.5k+ hp and 7k armour you have a good amount of physical mitigation. Add-on Enfeeble, Molten Shell and healing on the block and you can tank most content.
- Not good for group play. Does ~1 mil dps, it is enough for solo content but not group play.
- Not a speed clear build. Lacerate is slow and even picking up a lot of attack speed from the tree it only gets near 3 attacks/sec. Of course, this is more than enough to maintain 8 stacks of bleed.
- Can't do Physical Reflect.
- PoB doesn't display correct DPS, you have to take your Bleed DPS and times it by 8. 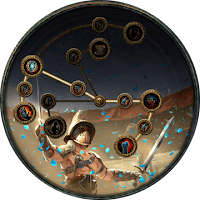 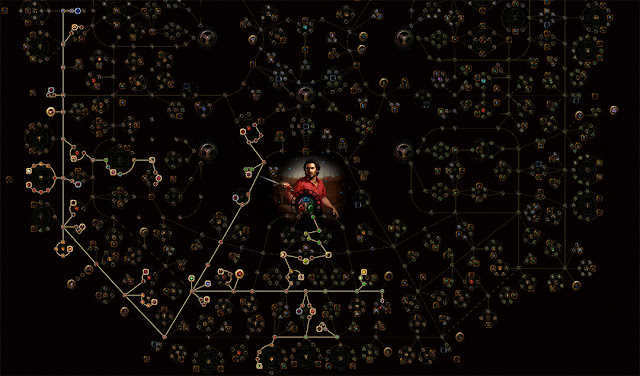 INTRO:
Gladiator thanks to the bleed explosion, has an amazing game feeling, it is very rewarding. This is Bleed and a lot of damage comes from Bleed and his possession.  The main statistics of this build is Evasion, which we use both as a defense and as an offensive stat, thanks to the use of Dreamfeather Sword. Additionally, thanks to Perfect Form and Cold Resist stacking, we are able to pull out 50,000+ Evasion in HO and a lot come when Increased from the talent tree works in a fight. Originally, the build was made as Bleed Gladiator. After doing all the content I tried Champion and it turns out that Champion works perfectly with this build, which is pretty obvious because his tree is based on Evasion.

Gladiator also has a smaller entry threshold, it is easier at the beginning of the league on maps thanks to the explosion, it has a greater attack speed and movement speed which makes it a great mapper. The fact that it is bleed limited skills, Gladiator works well only with Lacerate and Double Strike after changes in 3.7 Lacerate denied Double, I do not see much sense to go in Double but if someone likes this skill it works great, only AoE or rather its lack only explosions keep it somehow. The further the content of bleed is in content, unfortunately, although it did not prevent me from doing all the content.

PROS & CONS:
+ Can do all content.
+ Budget for start.
+ Good survivability
+ Solid clearspeed
+ Based on interesting and unusual mechanics
+ Great Lab Farmer
+ Amazing feeling and the pleasure of playing
+ Possibility to choose a skill we like, build works with virtually any physical melee that can be used with a sword.
- Hard to Check real DPS
- This is not a facetank, we have to be careful about the toughest contents.
- Reading the guide is very important. Items must be very carefully and carefully selected. It's easy to make the build work poorly when you pick items wrong.
-A lot of possibilities, it's hard sometimes to decide where to go. 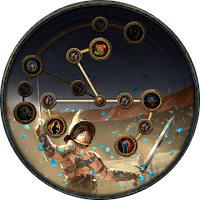 BANDITS: Kill them all. 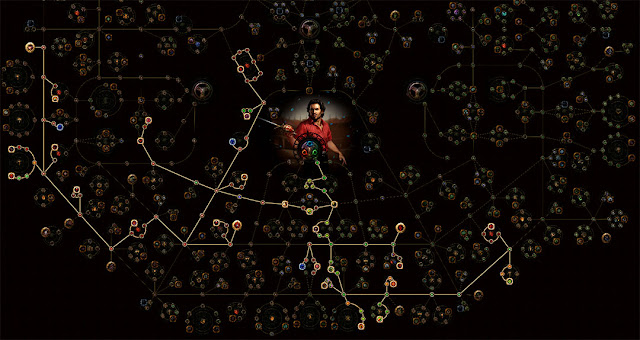 INTRO:
This build is just let them kill themselves! No need to press anything, not even the flasks! This is probably the craziest build I've done during the Legion. Expected to be a meme, but turned out to be super strong against everything. The reckoning has been there for a while, but it has never been as strong as it is now, with all melee and accuracy as well as flat damage buffs.

Surrender shield gives level 30 Reckoning on an effective 4L. With current power creep, Level 30 Reckoning equals to just ~10 less damage if compared to a full 6L Reckoning. So we can use a 6L something else and it's... Cyclone. Cyclone does less damage, but still A LOT and more than enough to proc most content such as Legion, give Fortify, stack Rage and provide necessary movement to avoid danger.

PROS & CONS:
+ Insanely tanky
+ High damage against everything
+ Fast enough for mapping
+ Can do anything
+ Great league starter
+ Super cheap
+ Even if both impale and cyclone will be nerfed it has no impact whatsoever.
+ can do Hall of the Grandmasters
- Very small cyclone aoe, because this is not really a Cyclone build and it's UNARMED build as well.
- Need to watch chaos damage from time to time 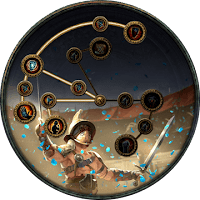 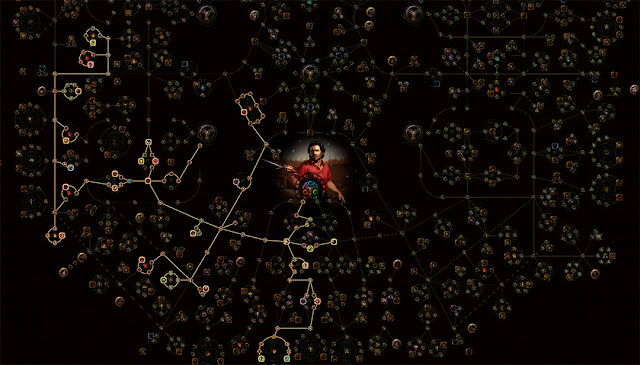