- February 17, 2019
This can be a make that is derived from Ghazzy's "Call to Arms" Guardian. It recommends distinctive gear, scales harm differently, utilizes distinct gems, and modifies the passive tree, so it's diverse enough that it felt worth posting.

The make is primarily based on the active ability gem Dominating Blow. This gem creates Sentinel minions which have a moderate duration and gain additional skills from Templar's Guardian ascendancy. 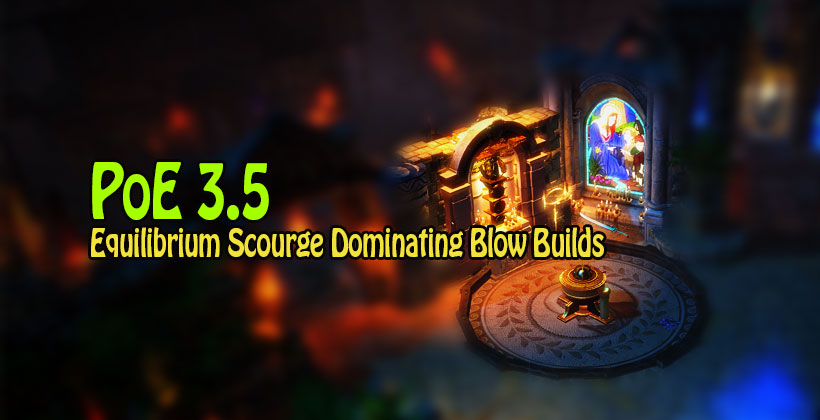 It truly is a life-based build that has quite a few defensive layers - minions that can taunt and blind, shield or dual wield with ascendancy bonuses to attack blocking, fortify, some life leech, and moderate regeneration.

Offensively it scales harm by means of Elemental Equilibrium, cold harm from Hatred (with generosity to ensure that the player does not deal cold harm), added cold damage from Grip on the Council, as well as a Vulnerability curse that I hardly ever usually use simply because things have a tendency to die extremely speedily.

Mobility comes from applying whirling blades in my setup, with Flame Dash as a backup for barriers. Shield charge or leap slam also can be made use of, because the weapon is not terribly vital.

This can be a very cheap construct with great clear speed and quite unreliable single target harm. With all the minions out, bosses just melt; without having minions currently summoned, it is going to struggle lots but can still function. It scales dominating blow sentinel harm with elemental equilibrium but is otherwise a bog typical dominating blow construct.

Pros & Cons:
+ Dirt low cost
+ League starter or SSF viable with no mandatory uniques
+ HC viable with quite a bit of meat shields and solid life pool
+ Fast clear speed
+ Great single target damage in most situations
- Ineffective against many endgame bosses due to the way minions are generated - if they die, it's bad news
- Requires momentum to work; getting started on a map can be tedious
- Minion AI is terrible

The original make calls for Ancestral Get in touch with and Added Fire Damage. Faster Attacks is disturbingly effective for sentinels for some odd reason, so even without the Elemental Equilibrium problems, it's better than Added Fire Damage. Melee Splash is only worse than Ancestral Contact in some niche situations; it vastly improves the build's clear speed because the moronic minion targeting is no longer a problem. This is our bread and butter, starting from level 28. Might as well get made use of to it, it works fine at that level. Note that quality on Dominating Blow only adds harm to your attacks and does nothing for the minions, so the 21/0 gem I bought for 8c works great. Empower (level 4) is marginally better than Faster Attacks for damage, but not worth the price tag unless you have further bonuses.

This provides some additional minions. Technically optional, but a nice way to apply status ailments and some added harm. If really struggling on mana, skip this for a Blasphemy of Warlord's Mark.

Again, technically optional, but a big part of our damage.

A movement ability and a way to get fortify. I supplement this with Flame Dash to ensure that I can cross gaps. With dual wielded The Scourge or similar, it really is a really quick way to travel maps.

This gem does just fine at level 1. I specifically do not use this in Cast When Damage Taken as dropping all of your current minions on a target's feet helps them focus harm, massively improving single target potential.

A curse to boost the single target damage. Not very essential, but as it does not require a support slot, it's more of a "why not?" My setup happens to add increased duration as support here, but that is almost always irrelevant.

The following can be modified according to taste and personal preference: