- May 23, 2019
"In the heat of battle, a single moment may fill an eternity. And in the blink of an eye, an eternity passes, and the battle is won or lost. We know not why we fight, we know only that we must, we are the damned, we are legion." 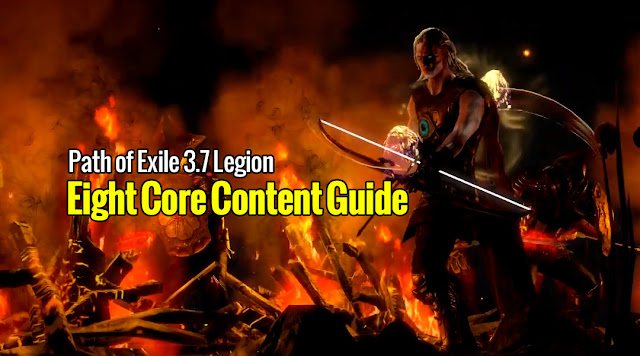 Path of Exile: Legion on June 7th! In the legion league, you'll discover timeless monoliths. When activated, they reveal a frozen battle, between two armies from Wraeclast'spast. Break open the monsters and chest, with the most valuable rewards before the time runs out. Be careful which monsters you free as the most rewarding are also the most dangerous. Journey to the domain of timeless conflict where the eternal battle between the legions and their Generals rages.

Path of Exile: Legion also contains an extensive rework of melee combat. Path of Exile has made all movement skills start instantly, added animation canceling, made all skills draw their ranges correctly, changed all melee skills to be able to hit multiple adjacent enemies and fixed up damage timing, ranges, and shapes across all attacks. Instant-speed movement and defensive skills now let you respond to incoming attacks effectively. Path of Exile has also overhauled the animation system to support chaining attacks together and better attack signaling. And has also improved targeting, attack queueing and hit feedback. In addition, Path of Exile has extensively rebalanced all melee skills, melee ascendancy classes, added more defensive options for melee, removed the cap on the chance to hit and have made mechanical changes to certain skills like Cyclone, which is now a channelled skill. With all the melee combat improvements, Poe wanted players to be able to respond to monster attacks more easily. So path of exile has decided to rebalance many older monster skills, improving their signalling and giving the player the ability to dodge their attacks.