- May 25, 2019
Welcome to my reveal of Path of Exile 3.7 expansion Legion, in the heat of battle a single moment may fill an eternity. Path of Exile history is one filled with war, and bloodshed in Legion will discover armies of reclass, five greatest generals locked in eternal battle inside of the domain of timeless conflict in classic exile. Fashion will be intervening in these battles to satisfy, our unceasing lust for carnage and loot. Legion will also be getting us, ready for battle with the biggest overhaul to melee combat.

Path of Exile: Legion introduces a number of new Melee attacks alongside new skills that enhance them. Among these are the Gladiator-themed Blood and Sand skills. These abilities change their behavior based on your stance, letting you adapt your playstyle to the situations you find yourself in. 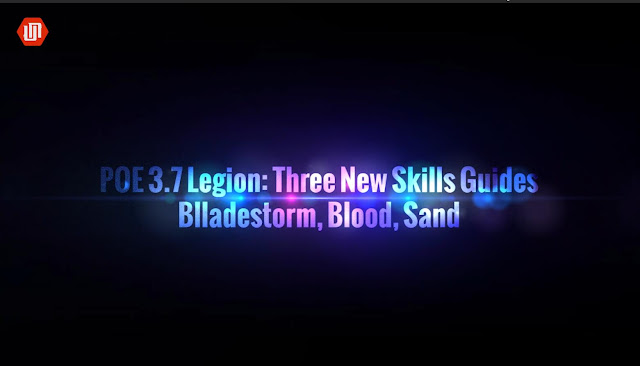 Today I'll be covering New SKills Bladestorm, Blood and Sand in this reveal video, so strap in because it's a big one.

The new Bladestorm skill performs a spinning attack, damaging enemies around you. It also creates a spinning storm that hits nearby enemies for a portion of your weapon damage at a rate based on your attack time. You can have multiple storms active at once, letting you cover a small area in storms to continuously damage foes.

Characters start in Blood Stance, but by using one of the new reservation skills, you'll be able to switch back and forth between Blood and Sand Stance instantly. A low-level skill, Blood and Sand reserve 10% of your mana, and while you're in Blood Stance you will deal more area damage with melee skills but have less area of effect. Sand Stance grants more area of effect with melee skills but you will deal less area damage. Repeatedly using the skill instantly switches stances.

The second reservation skill, Flesh, and Stone reserve 25% of your mana to create a zone around you. In Blood Stance, nearby enemies are maimed, which also increases the Physical damage they take. In Sand Stance, nearby enemies are blinded, and you take less damage from enemies that aren't nearby. As with Blood and Sand, using the skill instantly switches between the stances. Both of these skills share a short cooldown.