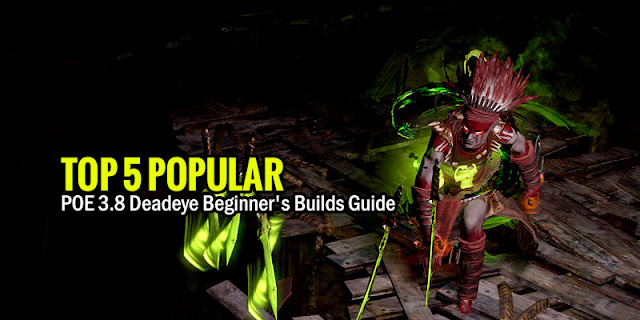 
INTRO:
This build, however, isn’t easily juiced a-la Big Streamer to use HH and Inspired Learning. I’ve been playing PoE for about two years now, and magic find is something I always return to once a league in various forms. This specific build I’ve geared in three different leagues and is a favorite of mine. I always run an MF character every league because I just keep coming back to the chill playstyle and the comfort that comes from running a bunch of maps at a low investment with tons of herald of ice shatters.

The purpose of this character is for Magic Find Only. It can do all tiers with investment, including Eldered T16s, but like most MF, struggles with bosses. You can likely kill map bosses up to T10 or so, depending on your gear. The changes to Rares having more health make things a bit risky in Red maps, but it's still definitely doable with some gear changes.

With sources of blind and phasing on the tree now, this lady should end up with a touch more survivability when doing higher tier farming, but remember: You’re still on an MF character. You will die a ton. A typical MF character, it is meant to be a fast mapper with most of the defenses typically sought after in general builds stripped away in favor of speed and damage. You can pack in as much quantity as possible into the build if you don’t mind dying fairly often.

With jewel slots being limited by required threshold jewels, finagling both 2x threshold and 2x Inspired Learning can be a bit rough with lots of sacrifice being made damage-wise to the path to all the jewel sockets needed, or the need to be in the high 90’s level wise for the extra talent points. 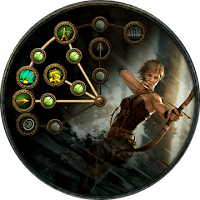 
BANDITS:
Help Alira for the Multi, Mana, and Resists! 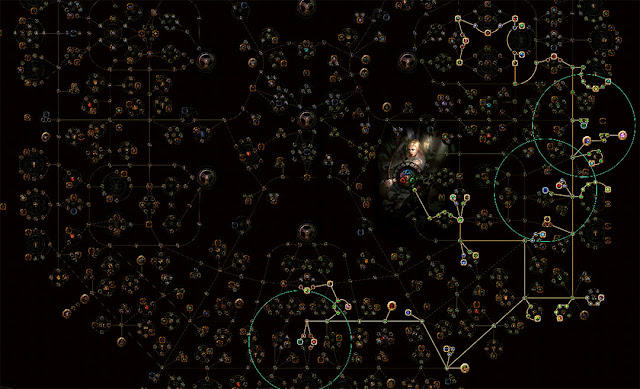 INTRO:
Ice Shot has been buffed, making this build even more insane, and much easier as a league starter. This is a very simple explanation of how chaining works and can get you insane clears. The difference between +2 and +3 is more noticeable than +3 to +4 but will leave one standing now and then.

At this point getting the +1 chain Hyrri's a boss killing belt (essence crafted Stygian makes the most sense for the 5% pen and abyssal slot), the last jewel socket on the tree and the next Hatred Watcher's Eye the damage becomes ridiculous but that is major min-maxing.

PROS & CONS:
+ Can do all content (so far, I've usually died due to not knowing the mechanics)
+ 70% Evasion
+ 54/40 Dodge
+ 6 Arrows firing with 5 Chain or 7 Arrows with 4 chain = Major Clear
+ Can use Vaal Breach to make Bossing charges easier
+ Nice 20-30 mill Shaper Deeps
- Uses Gloomfang so needs Elder Ring or Thief's Torment to not a hero
- Ranger so squishy when actually hit
- Requires hit and run and piano flasks
- Is a 100% crit build so really needs 1.8% Hatred Watchers Eye to feel great 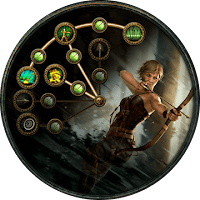 
INTRO:
In POE 3.8, Most of the time you run around throwing Kinetic Blasts and it does the job. For super tough bosses you will be using a 6L Barrage in a separate chest to effectively wipe them out in seconds. Kinetic Blast has been nerfed twice. The goal of the build was to create a tanky, high dps character capable to do ALL content, and not just silly currency farming. The basic goal was to achieve at least 1 million shaper dps on KB, but eventually, I surpassed it and now sitting on 2 million KB dps as well as almost 5 million for Barrage.

First time in 3.4 when it got less area. damage and explosions were changed to prevent shotgunning near walls. And then in 3.7 when abyssal jewels were all lowered down by at least 30%. So what's the state of KB Wanders now? I must say I delved quite deep into the build to answer the question. And the short answer is: still viable. Still doing the job. Still expensive. Still needs barrage for Uber Elder. Still ridiculous aoe which one-shots everything offscreen, still insanely fun!


PROS & CONS:
+ extremely large AOE and fantastic clear speed, far beyond Tornado Shot and everything else combined
+ Plenty of DPS. Does not really need Barrage except for Uber Elder
+ cheaper than Physical Wanders
+ can switch to MF in a blink of an eye
- Expensive to min-max
- Needs 188-212 int
- squishy, super hard to reach 6k life. Mostly dodge and Warlord's Mark to survive.
- you will be playing Ice Shot/Lightning Arrow/Tornado Shot till 80+ before your KB gains enough strength 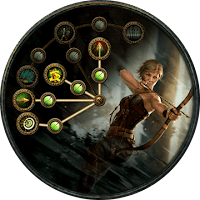 Puncture and Burning Arrow are also great for single target

Add Herald of Ice and Thunder when available.

Add Barrage when it's available (lvl.12):
6L Barrage - Added Cold - Ele damage with attacks - Vicious projectiles - Elemental focus (need to get it from another character or buy) - Volley


INTRO:
This build was heavily inspired by Mathil and a major thanks to him for enlightening me with this build. Today I present to you all a Lightning Damage based Scourge Arrow/Lightning Arrow Archer.  I started playing halfway through the Legacy League and have only played Ranger. I'm playing Betrayal and I've kept a mini-journal below if you would like to follow along with my progress with this build. This build will be the only build I will play this League to see how much potential it has in the Temp Leagues. I have tried cold-based Archers previously, but this build was my first build that was able to complete all of the Endgame content.

Although I have built my Deadeye on Standard, the build itself is Temp League oriented, so the gear in this build is very achievable in the Temp Leagues. Assuming new players are having no issues with currency and are getting a fair level of gear, this build can help new players to clear all content even though the playstyle may seem rough at first.

The build is lightning based because Lightning Damage gear mods are the highest of the 3 Elements, and also very easy to scale along with Elemental Damage. Lightning Damage can also shock enemies, therefore allowing us to deal even more damage to them.
All content viable, however, some contents are not recommended as they can still be extremely deadly. Unlike Barrage, Scourge Arrow won't lock you in place while you fire and you don't need to fully utilize the Point Blank Keystone to deal a respectable amount of damage to Endgame Bosses. 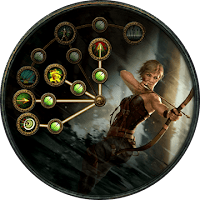 
BANDITS: Help Alira.
You can choose to Kill All too if you want. If can you managed to cap you resistances with gear and don't feel like leveling up to level 92 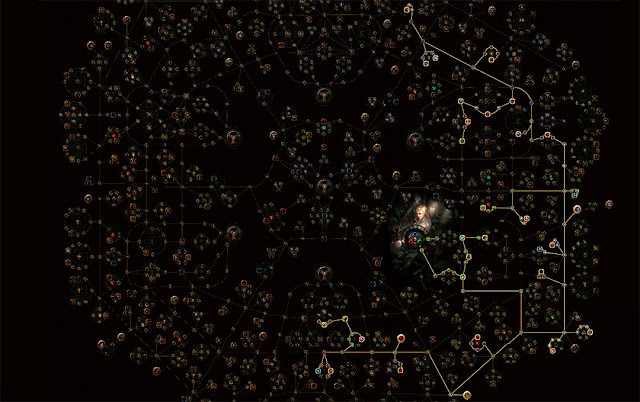 INTRO:
This specific build I’ve geared in three different leagues and is a favorite of mine. Magic find is something I always return to once a league in various forms. The purpose of this character is for Magic Find Only. It can do all tiers with investment, including Eldered T16s, but like most MF, struggles with bosses. You can likely kill map bosses up to T10 or so, depending on your gear. The changes to Rares having more health make things a bit risky in Red maps, but it's still definitely doable with some gear changes. 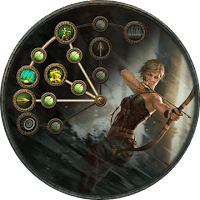 BANDITS:
Help Alira for the Multi, Mana, and Resists!