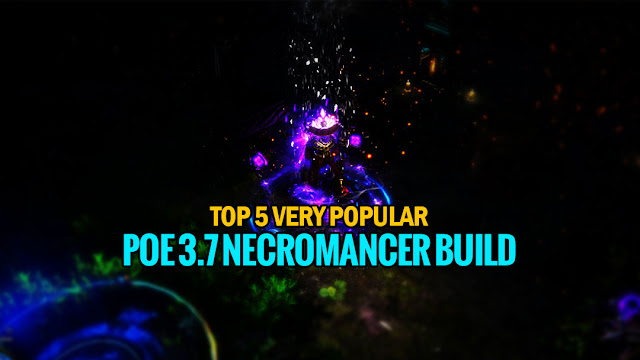 Intro:
By using Spectres you are effectively summoning real monsters to fight for you. They will use all attacks and spells they naturally have. As well as will become stronger with level.

In order to summon the desired monster you need a corpse of this monster, target a corpse with "A" and press Summon Spectre.
Specters scale with a level of the "corpse" they were summoned from, so in order to get powerful spectres, you will have to summon/resummon them in higher and higher level zones using Desecrate skill to recreate their corpses. I explained everything in the FAQ section below how to do it.

Pros & Cons:
+safe across most content. Bosses off screening.
+extremely fast for map clearing
+around 70% potential Phys Damage Reduction
+decent regen
+flexible, can stack a lot of block chance if needed
+great single target damage
+much better than Zombies as you don't need to constantly resummon spectres, also you don't care if Skeletons die. So you effectively are PAIN-FREE.
+can go Energy Shield and 5-6 specters too! POGCHAMP!
-Not super high sustain as we are running Vis Mortis with no life on it
-Spectres are a pain to resummon if they die

Intro:
Spiders (and all other minions) have trouble breaking legion mobs out of stasis effectively. Minion AI doesn't seem to play nice with this mechanic. Using Sentinel spectres on a 4L+ should help alleviate Legion stasis clear speed.

Poison theoretical damage is slightly higher, but the cold-based one does about ~2x higher initial hit damage which is significantly better in nearly all scenarios. This is because the poison damage takes time to ramp up.

Intro:
It has just been confirmed that minions use the new melee system. This is fantastic news. Not only does this mean that we can still use Melee Splash, but we might not even have to as both skeletons and zombies now always hit multiple targets with their basic attacks. This build is buffed compared to 3.6. I will update again when we've had a chance to test whether Melee Splash is necessary. I'd appreciate anyone following this guide in 3.7 to also test it and let me know.

Pros & Cons:
+ Huge Damage at bosses
+ Can start with a very low budget
+ Can do any map with poor items
- Summoner playstyle
- Positioning is key and can be annoying at times
- Gem Slot Starved
- 1200STR for 8 Giant Zombies

Bandits: Kill All for 2 Passive Points

Intro:
This build is designed around the unique staff Soulwrest so that's obviously the most important piece. However, the other options depending on how you'd like to play the build. If you're aiming to play the way I prefer it to then the other build enabling items would be these:

With the use of a Quartz Flask, you're provided with Phasing, that combined with high speed allows you to run through enemies whilst your massive army of minions clears everything in a heartbeat!

Utility wise this build offers a lot of options that you can decide on yourself depending on your personal playstyle preference. I personally prefer to utilize melee skellies with the build allowing for the enhanced single target approach which I felt the spectres/phantasms didn't provide enough power for.

Pros & Cons:
+ Easy leveling build to play
+ Good Damage & clear speed
+ Great survivability
+ Room for customization
+ Strong synergy with cheap items and passive nodes
+ No lag and generate frenzy & power charges for everybody in the party
+ Best Elreon afk build
- The Anima Stone and Primordial Might are expensive
- Endgame items are expensive if min-maxing
- Requires knowledge of summoner mechanics or have to read the whole guide
- Playstyle is extremely inactive, you press one button every 5 seconds and that's it

Bandits:
Kill them all, they give nothing of proper value for you.

Intro:
As an all-inclusive build, capable of all content with just minor tweaks to gear/passives here and there, this is the perfect build for those who like to focus on just one character at a time. With experience with new league markets, it's possible for this to be a strong league starter as well.

Primarily a bosser, but can be played both as quickly or slowly as you are comfortable with. The goal is to get a ‘rolling wave’ of SRS by casting a few skulls, using a movement skill, then casting a few more. Over time you’ll master the ‘feel’ of sustaining the SRS wave, as well as have a better grasp of the aggro range of the skulls and how to best chain them through packs.