POE 3.6 Trickster, a charged dash build and guide in synthesis

- May 15, 2019
This build you can understand I wanted to play melee... and I wanted it to work. And DAMN, this one worked out better than I could have ever expected. Axes could be used in a concrete version of the build. I have been using Blade Flurry (POE 3.6 Blade Flurry Builds) as a secondary skill for a single target for a long time.

First of all, it took me a while to really understand how to scale damage with the conversion mechanics, so it's perfectly normal if you will not get it immediately yourself.

I initially thought the Trickster ascendancy node Harness the Void plus the Eternity Shroud chest would give insane triple-dipping dps if I could convert damage all the way: physical to lightning to cold to fire. A way to do this is using

Physical to Lighting gems, then 2x Call of the Brotherhood rings, then Cold to Fire Gem. After testing this I realized DPS was not great and I walked away from this multiple damage conversion idea, for 3 reasons:

1. Physical to Lightning and Cold to Fire gems are, at best, comparable in damage to Hypothermia, while Call of the Brotherhood is heavily beaten by Mark of the Elder ring or some ring with Assassin's Mark on hit.

2. Trickster ascendancy node Harness the Void gives good damage but it cannot by itself justify building everything around triple damage conversion.


3. Converting physical damage to cold is by far the most efficient conversion path and allows good use of Trickster's Harness the Void node as well as a chilling effect on enemies.

Pros & Cons:
+ Great Clearspeed AND single target damage
+ Good survivability
+ It is not a Winter Orb build. Amazing right?
- Can be expensive 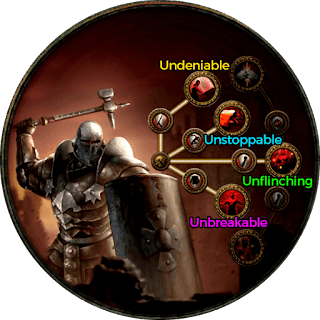 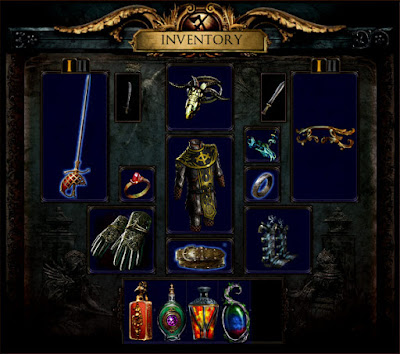 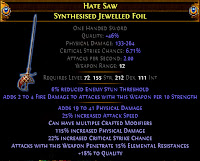 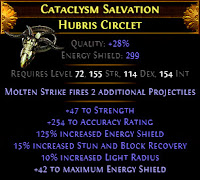 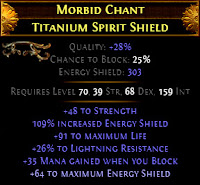 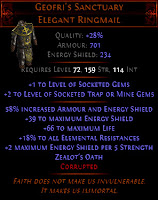 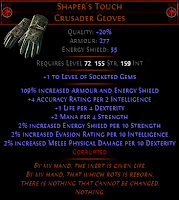 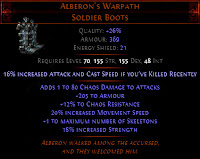 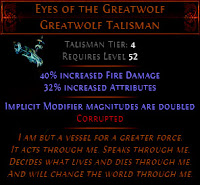