Five Shadow Builds in PoE 3.5 That Are Very Helpful For New Players

Build revolves around crazy conversion mechanics that betrayal introduced. It is using GC and Arc at the same time, thus removing all the downsides of GC clear and Arc boss DPS. Most of the gear is either easy-to-get uniques or multimode rare items, not a single item is worth more than 20ex. The more you invest, the more you will get.Gif below shows what 100ex~ of gear is capable of.

Note: You could have noticed that I use minefield in Arc setup but not in GC, the reason is that you want as many arcs as possible for clear even if u sacrifice dps, but for GC u just want as much dmg as possible. 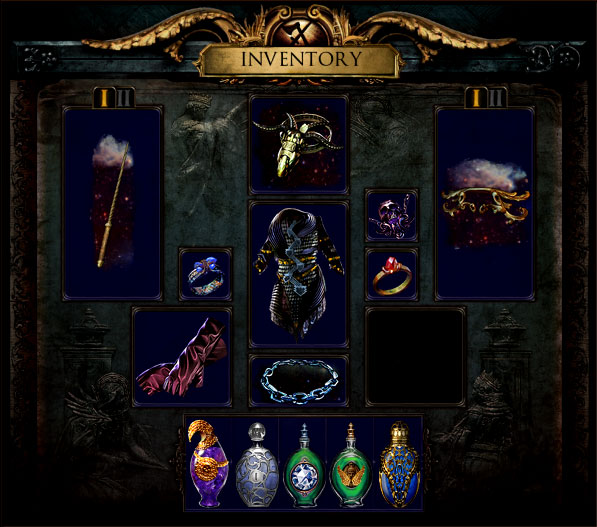 Pantheon:
Major God:
For most of the time Soul of Solaris should be the best
Minor God:
Soul of Tukohama (upgrade!)

This build is still heavily WIP and needs a lot of optimization, + you can't level with it till at least level 45-50, so before that just use ED + Contagion, Storm Brand/Arc/Blade Vortex (what you prefer).

The more expensive variant also includes (see PoB):
- 30% Increased EHP thanks to Mind Over Matter
- 20% Damage reduction from hits thanks to Fortify
- A lot of armour thanks to self-cast Molten Shell
- Vaal Pact facetank (for people who can afford required gloves)

Offense
- CoC + Dark Pact spam with 4 chains and 6-7 CoC procs = can easily reach 2.1M+ Shaper DPS - We can sacrifice some defense skills and nodes and use totems to go near 4M DPS, but I don't really recommend that as then we are fully dependant on leech and dodging + casting totems is annoying (f.e. we can drop MoM, move HoI next to 2 curses and use Spell Totem + Wither + Increased Duration + Faster Casting and then use Void manipulation in Dark Pact setup, just this will boost our DPS on bosses by A LOT)
- Trigger a socketed spell when you use a skill + Summon Skeleton = 4+ Skeletons always up on bosses 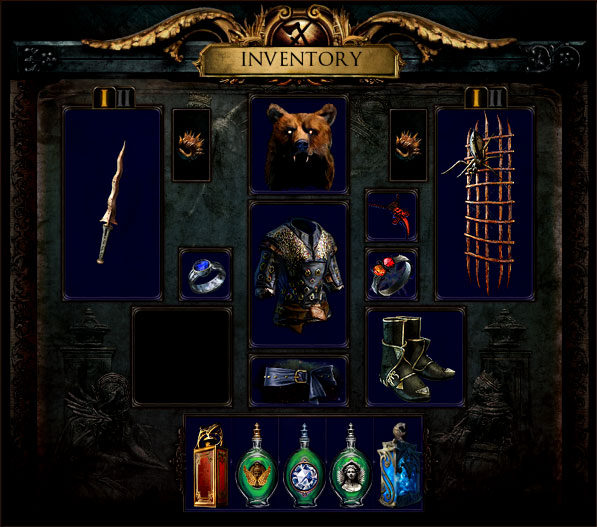 Welcome to my 3.5 Blade Vortex Assassin build guide - the MeatBlender! This is a build that is capable of doing all game content, including Uber Elder.

Blade Vortex is a skill that is extremely effective at all gear levels - it's one of the naturally strongest skills in the game, and it scales very well into endgame content. On a per-chaos basis, you will get more DPS out of Blade Vortex than almost any other skill. My version of this build cost about 50 exalts, including some very unnecessary and costly gear - you can get most of my power for 5-10 exalts. Prioritize a 6L Carcass Jack, 20/20 Vaal Blade Vortex, and a multimodded weapon.

The vast majority of high-level Blade Vortex builds in 3.5 are Witch Elementalists, which is a fine choice but far from the only viable way to play Blade Vortex. Should you choose to play this version of Blade Vortex, you should expect to be able to tackle all game content at the appropriate gearing levels.

Spirit Burst (via LightPoacher)
The support gems need to be in your Lightpoacher helmet to support the Spirit Burst skill. 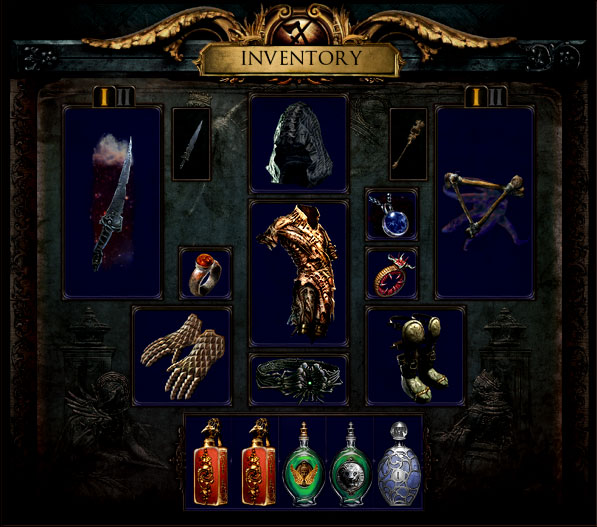 This build actually requires a decent amount of actual flask and skill controls. If you have a mouse with a side button, at least that’s how I play the build, it feels a lot smoother. Reason being is because we want a reliable button to be set to Vortex so we can spam it while we Cyclone. For me, I have my Vortex set to my mouse 5 button which is on the side of my mouse. This makes it so I can just use my right click (mouse 2) to Cyclone while I can spam Vortex on the side mouse button (mouse 5) with just one hand. The other hand is used to press 4 flasks and my thumb presses Molten Shell.

Pros & Cons:
+ Solid clear speed (can easily be even faster if you use a Quicksilver flask but not needed)
+ Reliable way of leech (we run a Blasphemy+Warlord’s Mark setup, no pricey Warlord’s Mark curse on hit ring needed to budget the build)
+ STUPID DPS (the calculations get too crazy, just know that it downs bosses in seconds, AKA INSANE DPS for little investment)
+ Can be done with a lower budget if you do not include the two required items: Cospri’s Malice and Lycosidae into the budget (all other required uniques can be found for 2 chaos or less)
+ 100% hit chance alongside high critical strike chance (cold damage and critical strikes means shatters for DAYS!)
+ Can do all content in the game
+ Efficient boss killer (spin to win)
+ Does not rely on expensive gear like Warlord’s Mark on hit rings and The Pandemonius
+ Mana is never a problem/Incredible mana sustain (mana leech along with solid mana regeneration)
+ PERMANENT ONSLAUGHT!
+ Can handle any map mods (no leech, no regen and reflect maps can be easily done)
+ Acrobatics, Phase Acrobatics, block chance and Endurance charges from Warlord’s Mark gives us solid defensive tools 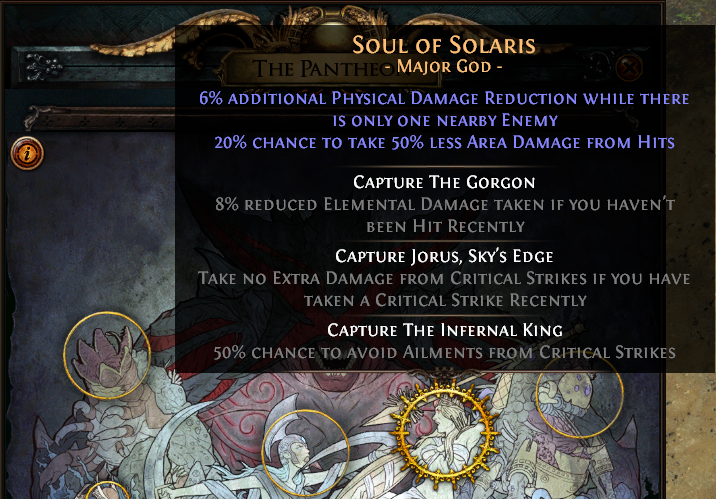 Soul of Solaris as your Major God. 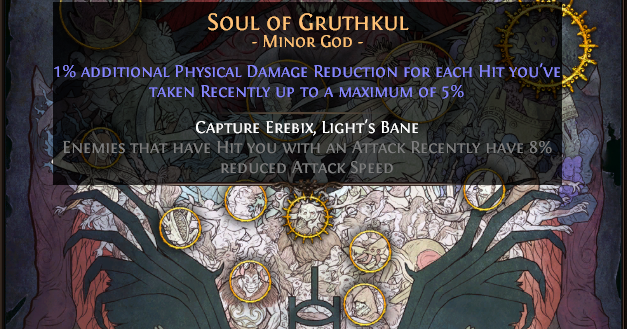 Soul of Gruthkul as your Minor God.

The Build is capable of clearing all endgame content very easily and can do so deathless.

Pros & Cons:
+ Very respectable clear speed
+ Keep your power charges in boss fights!
+ Can do ALL map mods!
+ Crazy Damage! -Up to almost 7 million Shaper DPS
+ Can reach over 9k es!
+ All Content viable
- Can be VERY expensive
- Requires some micromanagement of flasks, detonation etc. to work optimally

Pantheon:
Solaris (Major) We take this because of the defensive aspects it gives us. The 8% reduced elemental damage taken when you haven't been hit recently also helps agaisnt Uber Elder
Shakari (Minor) We need this to be immune to poisons. Poisons are very annoying as they make us unable to recharge our ES. 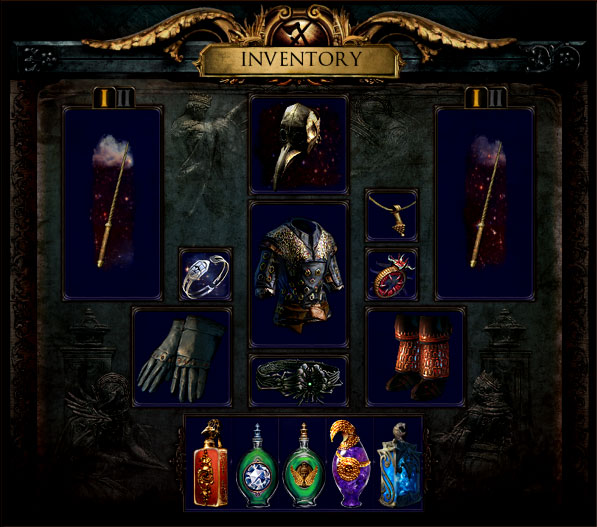