Generally, that is my take on a Herald of Agony create. The principle notion I wanted to attain here was employing Energy Shield on Hit to try and capture that insta leech feeling once again. The most beneficial way I figured to perform this really is maximizing our hits per second with harm coming from HOA. 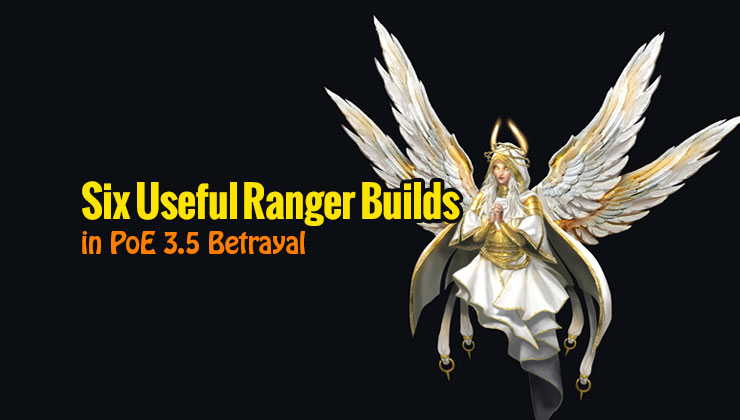 Pantheon:
Major: Soul of Solaris for Bossing/ Lunaris for Mapping
Minor: Change as required. Generally, I use Tukohama for Bossing and Garukhan for mapping

Cons:
- Hard to get back in if you run out of charges
- Can't do end-game content (Shaper, Uber Elder...)
- Can't do ele reflect maps

Leveling:
Use lightning arrow then switch to Rain of Arrows, use Barrage or Scourge Arrow for single target.
Pretty basic stuff. There are multiple guides out there on how to level as a bow character, so I'm not going to explain much more than that!
Use leveling gear such as Tabula, Goldrim, Thief's Torment, etc... if it's not your first character of the league.

Gear:
Helm
For the helm, a rare one with 30% increased Spark Projectile Speed enchant.
Aim for life and resists

Weapons
For the weapons, the only needed mod is 20% lowered Souls Expense of Vaal Capabilities.
Shaped Daggers are BiS due to the Crit Opportunity they've as implicit.
Other useful stats are Spell Harm, Harm to Spells, Vital Strike Possibility for Spells, Elemental Penetration.
And with all the crafting rework in Betrayal, you now craft plenty of beneficial mods

Amulet
For the Amulet, the budget version could be a Bisco's.
BiS could be a shaped amulet with 10% quantity, life, spell harm, crit chance/multiplier and sooner or later resists.

Body Armour
QUEEN Of your FOREST! Practically nothing ELSE!
This can be where all of the speed comes from. Plus it gives life and resists, what much more do you want?

Rings
For the rings, I'd advocate a Ventor's Gamble (to cap out your resists) and a Pariah using white sockets.
In case you don't have the funds for these rings, just use rare ones with life and resists until it is possible to afford them.

Gloves
For the gloves, you are able to use Sadima's Touch for the quantity or uncommon ones with life and resists, or Shadows and Dust for the rampage bonus for those who don't wear a Bisco's Leash inside your belt slot.

Belt
Right here you are able to use a Bisco's Leash with the sweat Rampage bonus.
Or maybe a Perandus Blazon.
Best choice could be a corrupted belt with %quantity as implicit, but it is genuinely highly-priced.

Boots
Goldwyrm, standard MF boots.
Or uncommon ones with life and resists if you are poor! :p

Flasks
For the Flasks we're gonna use a Soul Catcher, a Jade Flask to obtain additional evasion for the QoTF, a Diamond Flask for crit opportunity, a Quicksilver for more speed as well as a Vessel of Vinktar for the leech and damage increase (Penetration or Damage to spells, each are fine, but Penetration may possibly be much better when it comes to DPS)

Jewels
And for the Jewels you are going to need to use two Hazardous Investigation, a Conqueror's Potency to increase the bonuses of our flasks and an Abyss Jewel together with the %chance to gain Onslaught on kill mod for the sweat onslaught buff!

Spare Links
For the spare links, I use a Portal Gem (really useful) and a Lightning Golem for the bonus cast speed.

Bandits:
Alira for resists and Crit Multi.
Kill them all for the 2 skill points is also a good option, do as you prefer.

Toxic Rain fires five projectiles, and every projectile will spawn a Spore Pod.
These Pods will explode immediately after 1 second. Within this period the Pod will deal Chaos Harm per second to enemies in variety. The pods can overlap with every single other. Escalating area of impact will not impact the spore to spore distance and overlap. However, it will increase the location the Spore Pod is dealing damage.

Bandits: kill all or help Kraityn
- Kill all when u feel like not playing above level 90 (otherwise, you have to drop 2 life nodes)
- Help Kraityn if you want to get the maximum out of this character

Ascendancy:
1. Nature's Reprisal
A huge buff for an area of effect and chaos damage! Take it first
2. Nature's Adrenaline
Let's go fast! Take it as 2nd Ascendancy to level faster.
3. Nature's Boon
Endless flask? Yep, we want it! Our 3rd Ascendancy.
4. Master Toxicist or Master Surgeon
Now u can choose between those 2.
Take Master of Toxicist if u want to push your damage.
Master of Surgeon is perfect when u don't want to run an extra anti-bleeding flask. Also, a good point is the extra life recovery.

Storm Brand is really a talent that was introduced in Betrayal League. Storm Brand creates a magical brand which can attach to a nearby enemy. It periodically activates while attached, firing beams which deal harm to nearby enemies and these about them. The brand will detach when the enemy dies.

Brand Recall is usually a talent that was also introduced in Betrayal League to go with each Brand capabilities. Recall your brands to you, detaching them from enemies, then bring about them to activate. The brands will have enhanced attachment range till they subsequent attach to an enemy.

This development is created to run quickly and clear maps safely. It summons storm brands that shock, freeze and trigger a pulse-like explosion to clear massive packs of mobs each on screen and off. With Brand Recall we can pull the brands with us to a brand new screen, clear it AND extend the duration of the brands themselves. It has the decent single target for map bosses simply because if 2 brands attach themselves to the very same target, it increases the harm each brand does by 50% additional damage.

Pros:
+Pathfinder Ascendency means you have infinite flasks
+Immune to elemental ailments like freeze shock and ignite and an increase chance to cause those same ailments by 20%!

Ascendancy:
Nature's Boon > Nature's Adrenaline > Master Alchemist > Master Surgeon - The only change is once you acquire a jewel with "corrupted blood cannot be inflicted on you" - You replace Master Surgeon with Veteran Bowyer for the extra Elemental Penetration

Pantheon & Bandits:
Major - Lunaris > Minor - Shakari
Kill all for +2 points or Alira - Both are great for us

This build is rather versatile. It truly is feasible to go nonblood magic, champion as an alternative to deadeye, a tree can also be very modifiable.

Pros:
- cheap to start
- high clear speed, can't clear 1+ screens but super fast movement
- can shotgun single target which means following in my setup that fires 10 projectiles:
- 30 life gain on hit base from ascendancy = 300 life gain per skill use, with around 5 attacks per second feels like an old Vaal pact,
- Impale massacre - each hit has 62 (72 if a banner is planted with 50 stages) percent chance to impale and since projectiles fire in sequence it means that if 1st projectile applies to impale effect, the next 5 will proc the damage in addition to having a chance applying another impale effect. That means in average 7/10 impale effects from one swing of a weapon, which are boosted from base 10% of damage to 15+ with banner and quality on Shattering Steel
- The fast gain of the banner stack on the single target. Dread Banner gains stacks for each enemy impaled with a cap of 5 per second, Shattering Steel reaches this cap easily on a single target which means you can have fully stacked banned after 10 seconds on a fight like Uber Elder.

Cons:
- to achieve max single target, you are required to stand on a targets face ensuring that all projectiles are hitting him
- fortification encounter door is the pain in the ass if you are to close you deal no damage (don't know why) but if you move too far away the only portion of projectiles hit, and doors are tough :)
- setup with Beltimbers requires you to use movement skill every 4 seconds, doesn't bother me at all, but some people might not like it
- can't run Phys reflect maps

Bandits: Killing all is probably the best

This Deadeye develop attacks with Barrage and Sentinels to deal pure physical damage. The create does not revolve about Blink/Mirror Arrow but alternatively balances both the "bow" and "summoner" elements in the development. The majority of utility capabilities are triggered utilizing Asenath's Chant along with a high-level CWDT setup.

The name Herald of Asenath is often a blend of "Herald of Purity" and Asenath's Chant. In line with lore, "Asenath" was a heroine and legendary archer who united the Maraketh tribes in rebellion against the Eternal Empire. Not merely does this construct don a unique item with her name, but also wields, a bow and commands a contingent of followers - extremely akin to Asenath. As of now, the build can handle Uber Labs and T14 Maps. Points start out receiving a bit dicey at T15 - I believe this construct may possibly not be Shaper/Elder viable, but you're welcome to try!

Pros & Cons:
+ Easy to play! You only actively use three skills, minions are auto-summoned, and most utility skills are triggered.
+ Unique! Seriously, how many "bow summoner" builds do you see?
+/- I made this build purely for fun :) As such, I take a more casual approach to this build, and I don't intend it to do insane amounts of damage. You can view this as either a positive or negative (lol).
- The build might be difficult for new players or league starters as it requires/suggests very specific and potentially expensive items.
- I strongly advise avoiding maps or enemies with physical reflect; I'm trying to find a way around this.

Bandit:
Go with Eramir's reward. You can never have enough passive skill points as a bow summoner.

Pantheon:
For the major god, use Brine King to prevent getting stunned- or freeze-locked. The minor god is more flexible.