- March 10, 2019
Discharge is a spell that unleashes all of the player's charges (frenzy charges, power charges, and endurance charges) and deals elemental damage in an area around him. 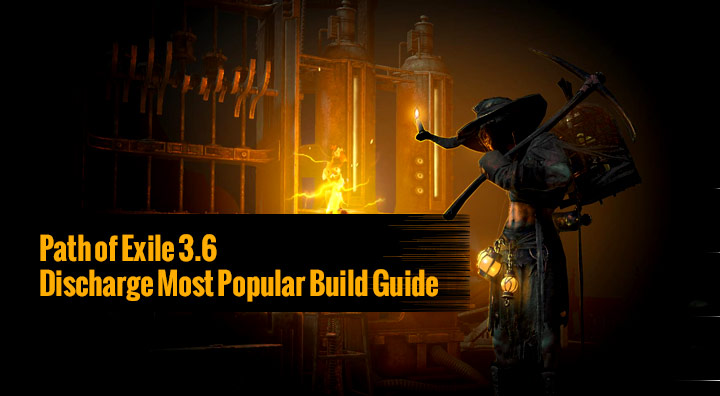 3.6: Overleech got hit a bit, but its mostly for big hits, I'll test it out and see. Might opt out of slayer.Discharge dmg buff though pog. Vaal of nerf. The build should overall have more damage.

Removing the 95% crit cap helps but this combined with the leech nerf might make assassin the best choice for CoC. Or using a high base crit weapon to reach 100% instead of Cospri's. We're at around 90% crit for the cyclone.

Definitely going to try and fit in bottled faith and zealotry. That with pathfinder/inquisitor might fix any and all crit issues.

Ascendancy:
Shadow > Slayer > Path of the Shadow
Inquisitor or Pathfinder would be good too instead of the slayer. I just like overleech.

Playstyle:
Once you get enough crit and damage, for most maps, just aim your shield charge into packs and spam flasks and it will clear on its own. You only need to cyclone against beefy enemies in high tier maps or bosses. Keep your diamond flask up, flask management is important!

As of patch 3.6, this build is bricked. A bug report has been sent to see if this change was intentional. Currently, spell totem support does not recognize discharge as a supported spell and forces self-casting.

Please showcase your gear and experiences if you try this build to help myself and others learn from it. Thank you!

Pros & Cons:
- Can not run "no mana regen" maps
- Can run "reduced chance to inflict ailments" by removing Southbound but sacrificing damage and on kill benefits (frenzy charges)

Ascendancy:
Conviction of Power, Pursuit of Faith, Ritual Awakening, Illuminated Devotion
Conviction of Power enables easy generation of power and endurance charges. The pursuit of Faith and Ritual Awakening are general totem nodes for increased totem damage and the benefits of Multiple Totem Support without the gem link and damage reduction. Illuminated Devotion is for increased AoE and damage. Alternatively, you can grab Divine Guidance for more survivability if running Mind Over Matter.

Bandits:
Kill All or Alira