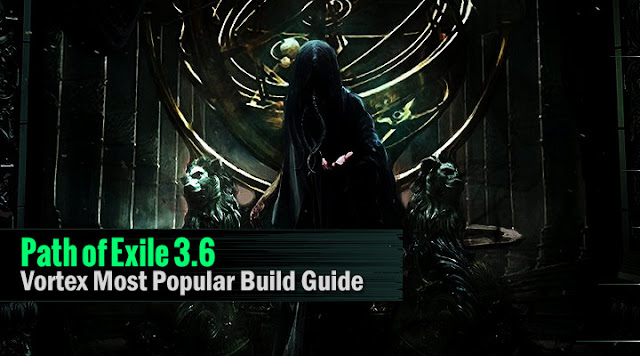 This build is capable of to do all content with very cheap gear and there are options for upgrades. I killed all end game bosses with low budget gear. The build is very strong. I got surprised by how strong it is.
Didn't update anything in this guide. Still the same of Betrayal League, untouched and very strong

Pros & Cons:
+ Cheap
+ Good map clear
+ Tanky
+ Immune to Stun, Chill and Freeze
+ Can do most of the map mods (the only exception is No Life/ES Regen and Elemental Reflect mods)
- Using Flame Dash is not the best movement skill but the Quicksilver Flask helps on that.
- Some endgame Poe items can be more expensive cause Cold Damage Over time builds are a bit hyped.
- Less recovery rate map mod is not so good.

With the Occultist Ascendancy being as strong as ever, I believe it to be one of the best classes to play in Synthesis. In this guide, I'm going to give an in-depth explanation and reasoning for different decisions in this build, along with some suggestions that you could use in your own build. Good Luck Exile and I'll see you in Synthesis.

Pros & Cons:
+ Damage is great
+ Gameplay doesn't get stale, we use 4 skills
+ Top Tier survivability and defenses (we will go over these soon)
+ Fast mapper
+ VERY cheap, no uniques required, however, I use a couple in this build
+ SSF/HC/League start friendly, again no uniques required
+ Great scaling with the new 'Cold DOT Multi' affix
+ Vortex is instant cast!
- Can feel difficult or clunky to players used to playing '1-skill-wonder' builds
- Good portion of damage is on the back-end rather than front-loaded.
- Extremely tight on gem sockets, no room for herald/golem

Bandits: We kill all for the extra points

The current patch only made the build stronger. It seems we deal slightly more damage now, but at the expense of some ES (due to weird pathing on the tree). Other than that, all explanations and every piece of gear are still valid. Could use some testing with the new version of Hatred though.

Pros & Cons:
+ Everything viable (managed to beat Uber Elder on my first ever attempt)
+ Quite tanky (I have 8.2k effective health on SSF, 8.9k with some gem swaps)
+ Lots of damage prevention layers
+ Respectable damage
+ Quite good clear speed
+ Very versatile flasks (no quicksilver)
+ Can run all maps, even ele reflect maps (you won’t like it though)
+ Lots of clicking/very active playstyle
+ Looks awesome with MTX
- Essentially melee range
- Not really HC viable
- Occultist has clearly better damage
- Susceptible to lots of small hits connecting if you’re not careful
- Chaos damage can be a problem (see below)
- ES-based gearing might be a problem due to Acrobatics
- Lots of clicking/very active playstyle
- Looks like poop without MTX 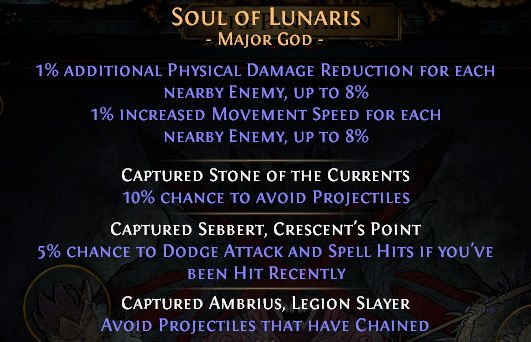 Bandits:
While leveling, I went for Alira to cap my resists. As soon as I managed to obtain appropriate equipment, I respecced for “kill all” option (2 skills points) 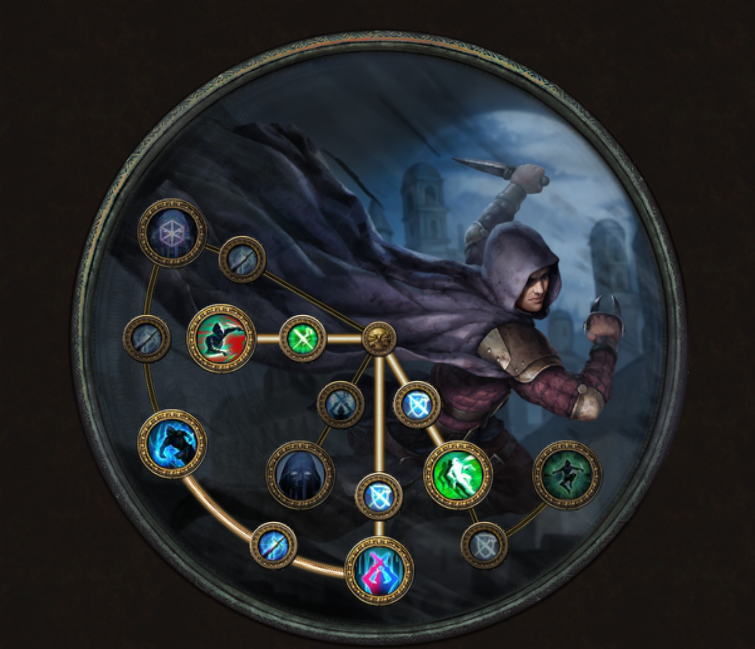 1) Patient Reaper
This will make your Vortex and Cold Snap significantly more powerful at low levels and will increase your survivability when killing mobs.
2) Swift Killer
For the much-needed quality of life in the form of speed, extra damage and easier proc of Elemental Overload.
3) Prolonged Pain
Our main damage-related Ascendancy is notable. While it might seem mediocre in comparison with some Occultist nodes, it is more of a jack-of-all-trades solution since it not only gives extra damage but also increases our survivability from damage over time (which is very deadly to us) and makes our skills last longer (especially useful for Vaal Cold Snap). Very nice indeed.
4) Ghost Dance
Since we’re MoM/EB hybrid, Weave the Arcane seemed redundant. While Attack and Cast Speed bonus and extra damage mitigation are definitely nice, we don’t really care about our Mana pool, Mana recovery or "manaless" movement skills. For this reason, a not so popular Ghost Dance fits the build perfectly because it strengthens our dodge- and evasion-based defenses. 40% increased Attack and Cast Speed is not to shabby either, but not particularly reliable.