- March 19, 2019
Purifying Flame is an active skill gem that casts a wave of divine fire damage in a line, then creates Consecrated Ground and deals damage in an area around the targeted location. A larger shockwave then expands outwards, damaging enemies standing on Consecrated Ground that were not already hit. 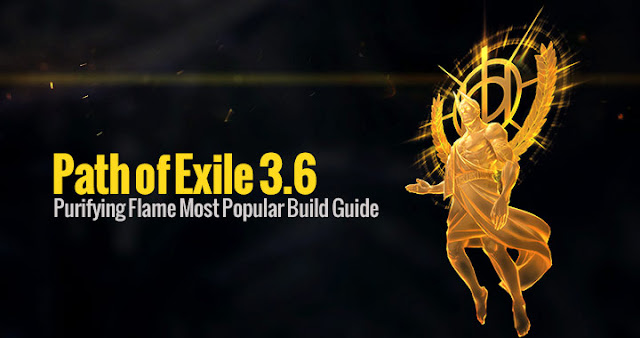 Purifying Flame is a physical and fire spell that is accessible to you at level one. When cast, it sends a wave that, when it arrives at the enemy, deals damage in a circle around it and consecrates the ground. The spell then sends out a damaging shockwave that affects enemies in a large area on any consecrated ground. This does two things: finishes off surviving enemies from your previous Purifying Flame casts and creates interesting interactions with other sources of Consecrated Ground. Interactions to consider are the Inquisitor or Sulphur Flask's ability to Consecrate an area to allow Purifying Flame to damage multiple areas with a single cast.

Purifying Flame is a skill purchasable as early as level two. Casting it sends a wave that explodes upon hitting an enemy and deals damage to everyone around them, while also consecrating the ground. If the enemy stands on the consecrated ground from any source, the Purifying Flame will also shoot out a shockwave that amplifies the damage.

This build has been last updated before patch 3.6. To be honest, I've been feeling kind of down lately, it may take me a while to reply to all the comments. It's a new skill and if it didn't match your expectations, I am really sorry.

Ascendancy:
- Sanctify (Normal): Grants us additional buffs for being on the consecrated ground and leads to Pious Path, must take!
- Pious Path (Cruel): A powerful node providing high amounts of cast speed, mana regeneration and complete immunity to ignite, shock, chill, freeze.
- Augury of Penitence (Merciless): Big damage upgrade and a little bit of defense.
- Righteous Providence (Eternal): Buffs our critical strike damage against enemies we ignite, and if the enemy isn't ignited - grants us a higher chance to crit.

This build is based around the new skill Purifying Flame and is played as the Inquisitor ascendancy for Templar.

Using Physical to Lightning we convert the 50% of Physical Damage from Purifying Flame to Lightning so that we are doing 100% Elemental damage. Unlike other Purifying Flame builds that go Avatar of Fire, we are instead playing around the Consecrated Ground that the skill creates on the initial hit. On top of that, we stack an ass tonne of Crit Multi for juicy damage. This build is not built on a large amount of Path of Exile Currency.

Due to Inquisitor's extra interactions with Consecrated Ground, as well as the fact that he can ignore resistances, I felt he was the best choice for this skill.

Pros & Cons:
+ Cheap
+ Fun AoE Clear thanks to Herald of Ice shatters & Herald of Ash Overkill
+ Heaps of meme potential, like just maxed out AoE (120%+) or maxed out Cast Speed (6+ a second)
+ Can comfortably run maps and bosses without gem swapping
+ Elemental and Curse Immunity
+ Can level from right after Hillock with Purifying Flame
- Not some insane meta clearing build that stomps everything
- Defense mitigation can be a cuck sometimes, fairly reliant on Flame Dash
- Can't do elemental reflect
- Mind Over Matter, while a great defense, can leave you up shits creek if you get hit super hard
- Expensive if you want to min-max (as it always is)

Pantheon:
For your Major God, you want to either choose Soul of Lunaris or Soul of Solaris. These are both super solid options and just depends on whether you want to be mapping or bossing more. If you think you won't fuck with bosses then take Lunaris, otherwise, take Solaris. I personally use Solaris as trash mobs get one shot.

For your Minor God, your best bet is Soul of Shakari once she has been upgraded. This is because being Immune to Poison solves a lot of the issues we have with Mind Over Matter. Other good options are Soul of Yugul or Soul of Tukohama.

Purifying Flame is one of the new "holy" skills added in Synthesis 3.6. Purifying flame is a ranged spell that does physical and fire damage, converting 50% of physical damage to fire damage and leaving the consecrated ground at the enemy's feet.

Pros & Cons:
+ Good boss killing
+ Great defenses
+ Can level with skill starting at Level 1
+ Can be done on a budget
+ Feel like Oprah with your Consecrated Ground
- Not sonic clear
- Mana hungry (although regen/leech negates this pretty early)
- Can't do elemental Reflector No Regen maps 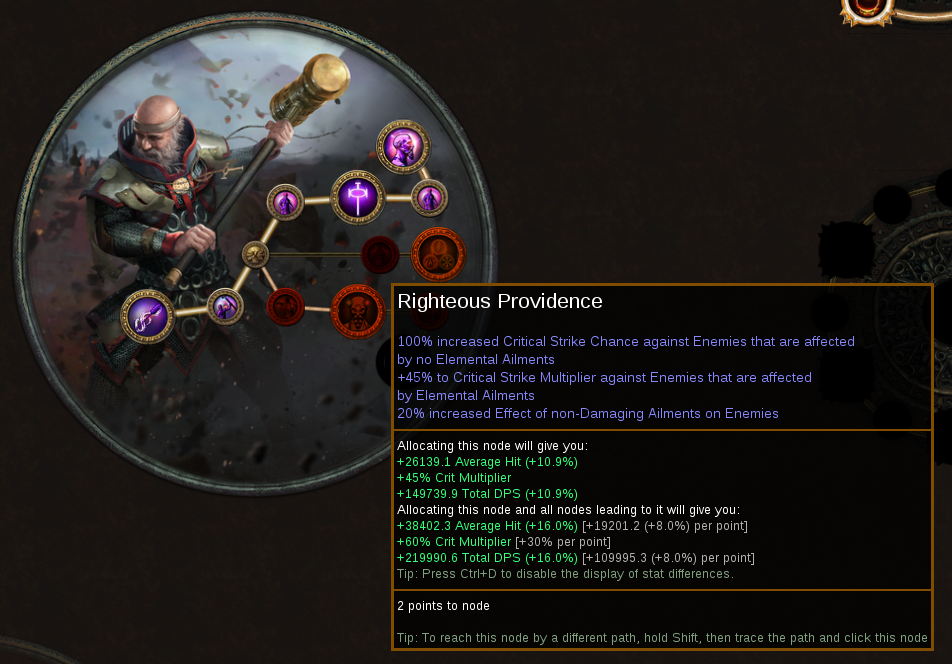 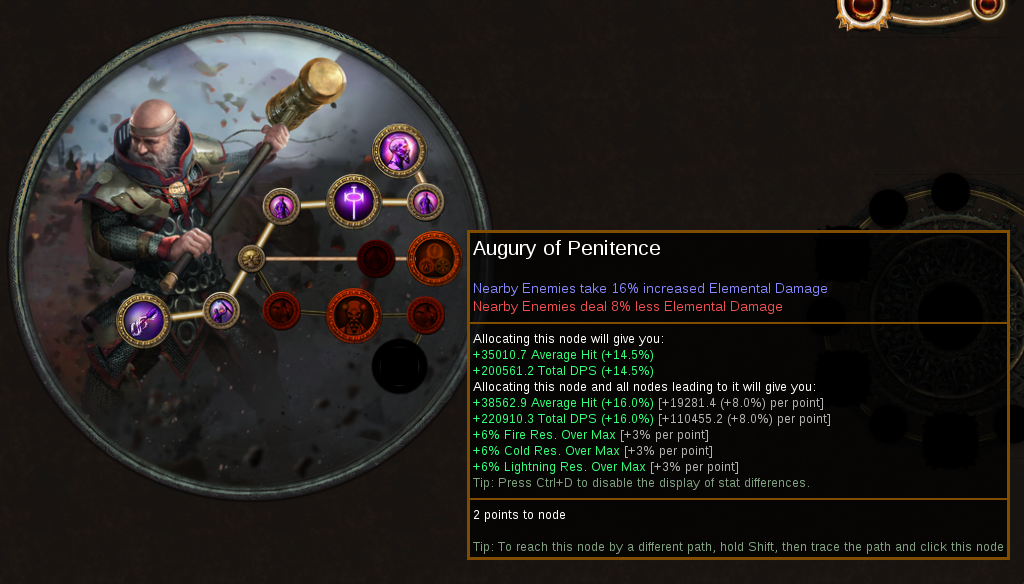