2 Witch Builds that are very helpful to players in PoE 3.5.2

The playstyle is fairly active, as we're constantly drifting via a pack of monsters and playing like a melee create. For heavy single target or bosses, replace charged dash with blade flurry for improved positioning. At the same time, summon some skeletons near the target and use the orb of storm/brand to generate power charges whenever necessary.
The best predicament is going to be at least three skeletons to stay alive to maximize dark pact dps. This really is mainly because dark pact will chain twice on skeletons, as a result resulting three casts per essential strike you land on the target.

Pros & Cons:
+ 6k+ life
+ Good clear speed
+ Safer mapping experience
+ Single target isn't that bad, contents are up to Shaper viable.
+ Most map mods viable.
- Single target setup can be a little clunky or harder to pull off in some situations.
- Cyclone/Blade Flurry is simply amazing for better consistency of dps output on the single target.
- Map mod with 60% less life recovery can be dangerous as leech rate was affected and unable to recover the amount of life lost from dark pact fast enough. 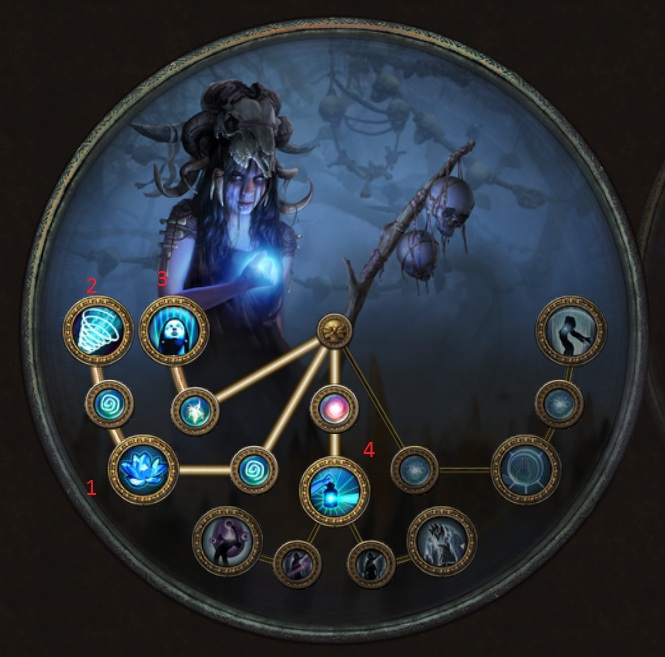 Bandits: Kill All
Getting more skill points early on is easier and faster to transition into the cast on a crit build.
Alira can be chosen if you prefer to have extra resist and crit multiplier.

This build was made out of the wish to go off present meta and give some appreciation to unrightfully forgotten Incinerate ability with 3.5 reworked Martyr of Innocence employees. It really is a self-cast semi-crit construct. I wanted it to be flexible, ALL content capable and most important, to be exciting to play. With that in mind, I attempted to not sacrifice defenses and make with adequate life that can take a hit or two including ¨1ber Elder. I also focused on maximizing the region of impact for fantastic clear speed and scaling of cast speed (over 14casts/sec) to very easily attain max dps potential in action.

Movement
–Flame Dash gives us the ability to get over cliffs, gaps and quickly position ourselves in 1 to 4 successive moves

Utility
–Orb of Storms enables proc of Arcane Surge which gives more damage and also easier proc of Elemental Overload (40% more damage). I chose Orb of Storms over Storm Brand because it hits more times per sec, has a large area of effect and therefore easier activates Ele. Overload
-Vaal Grace caps dodge chance
-Vaal Righteous Fire, 39% more damage at the cost of % of our life at the time of casting

4L ought to be in boots so it is possible to quickly swap to Kaom’s Roots!
Immortal Get in touch with(lvl10)-Cast When Harm Taken(lvl9)-Increased Duration-Vaal Grace

Pantheons:
Major- "Soul of Brine King" or"Soul of Lunaris"
Minor- "Soul of Tukohama" while channeling we are stationary and most vulnerable