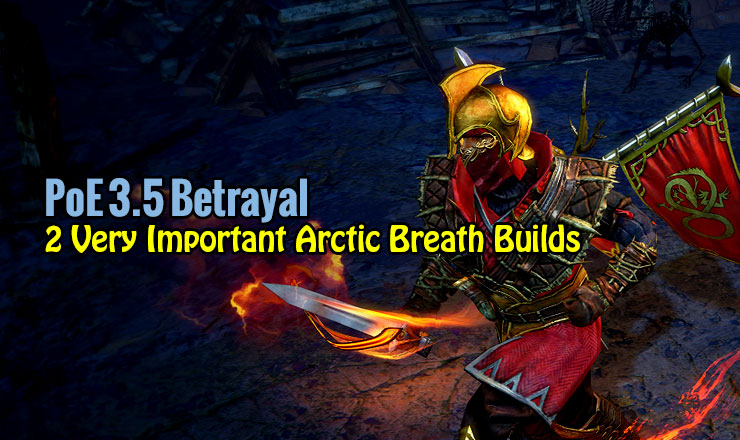 This develop was developed determined by an thought to not use any of those mainstream unique to produce certain it really is super budget for scrub like me, as well as not be too difficult to make it perform, with the adore offered toes by all these new veil mods, I really feel like es's life have under no circumstances been a lot easier.

In 3.5 GGG has introduced us a brand new cold channeling, projectile aoe skill Winter Orb, and Arctic Breath rework. The latter now explode at where you target it to, which permitted it to proficiently shotgun enemy with big hitbox, Working with winter orb and cast while channeling to trigger arctic breath appears like a great idea to possess the decent quantity of harm to not suck, plus it is winter season, so why not?

Ever want a cheap build that is:
1) Fun
2) Survive (if you don't panic like me)
3) So cheap that you did red tier elder with less than 80C (2nd ever attempt on any elder, first one was a white one and I failed miserably back when the war of the atlas just release)

Pros & Cons:
+ Super cheap, as we are utilizing one of the most common weapons in the game- Sire of Shards
+ Okish clear speed, done a t13 within 6 minutes while looting trash ( i know you guys can do better )
+ Fun
+ X'mas festive spirit
+ CI in betrayal is bae with all those chaos damages flying all around.
+ ES build received some love for their early and late gameplay in 3.5
+ Several defensive mechanics- freeze, temporal chains, CI, and Okish amount of ES.
-CI mean no flask
-No leech
-Require constant reposition
-Not a million dps build since you are poor like me
-Self-cast in 2018 LUL
-To fully utilize your damage you need to get dangerously close to your enemy

Bandits: Kill Them All

What about Ascendancy & the rest of the items?
I chose occultist for all the free ES she gave and the ability to have my cursed enemy explode on the kill, super budget and boost up your clear speed really good, you can also go for Hierophant life build easily or CI trickster, both work theoretically

2 QoL veil mods es receive in 3.5 make CI or hybrid viable during early:-
-60 ES regen/s when there is a rare/unique enemy nearby, 60 es regen is big during the story arc
-Recover 20~22% ES when focus, this is pretty much a 1 button heal, although it has the 12-second cd, it's something really good if utilized properly

This is the Vortex build that I created on Betrayal League 3.5. This develops is capable of to accomplish all content using a very low-cost gear and you will find selections for upgrades. I killed all finish game bosses with a low spending budget gear. The create is quite powerful. I got shocked by how robust it is actually.

Pros & Cons:
+ Cheap
+ Good map clear
+ Tanky
+ Immune to Stun, Chill and Freeze
+ Can do most of the map mods (the only exception is No Life/ES Regen and Elemental Reflect mods)
- Using Flame Dash is not the best movement skill but the Quicksilver Flask helps on that.
- Some endgame items can be more expensive cause Cold Damage Over time builds are a bit hyped.
- Less recovery rate map mod is not so good.

Leveling Guide:
The leveling of this build can be a bit complicated because you gotta start using life then you'll be Hybrid and finally you'll get CI.
If you like to start using the build skills as soon as possible you can start using Freezing Pulse + Arcane Surge and Added Cold Damage until level 12 and then you can use Arctic Breath. Level 16 you can use Cold Snap.

In the act 2, you can get Herald of Thunder and Herald of Ice if you're comfortable with 50% of mana reservation.
For the Cold Snap and Arctic Breath, you'll get Controlled Destruction and Elemental Focus. If you have a tabula you can use both skills on it and link Concentrated Effect, Added Cold Damage or Faster Casting